And now another tribal chink in the armor of the Syrian state. 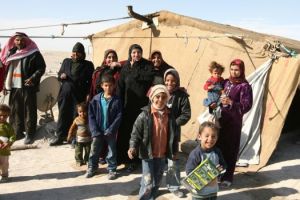 London, Asharq Al-Awsat – Sheikh Nawaf al-Bashir, head of the prominent Baqara tribe in Syria, revealed that the Syrian authorities forced him to conduct an interview with a Syrian satellite television channel “with a gun to his head”, before releasing him 20 days later. The Baqara tribe is one of the largest tribes in Syria, and estimates indicate that the tribe’s membership stands at 1.2 million Syrian nationals.